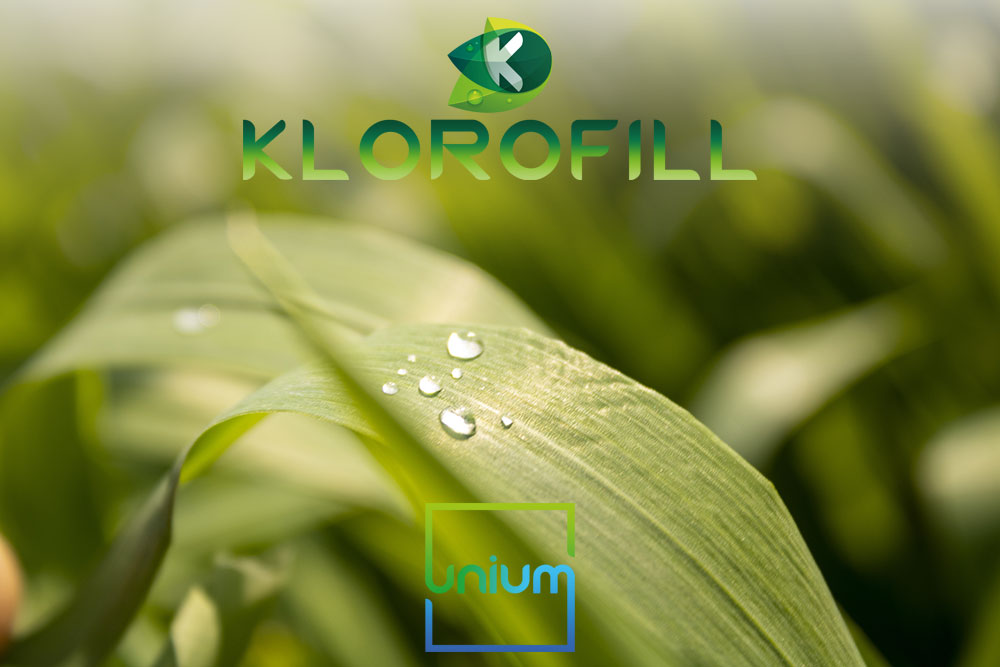 Chlorophyll is the molecule that absorbs light and utilises this energy to make carbohydrates from water and carbon dioxide. This forms the process of photosynthesis which is the source of life on Earth.

Chlorophyll predominantly absorbs light from the blue and red spectra and reflects green, hence why we see most plants as green in colour. Chloroplasts are the organelles which house the chlorophyll and there are approx. 40-50 of these in each cell. If such a thing exists, an ‘average’ leaf will contain 500,000/mm2.

During the 2019 season we were able to test chlorophyll levels in several of our trials, apply different treatments and then measure the correlation. 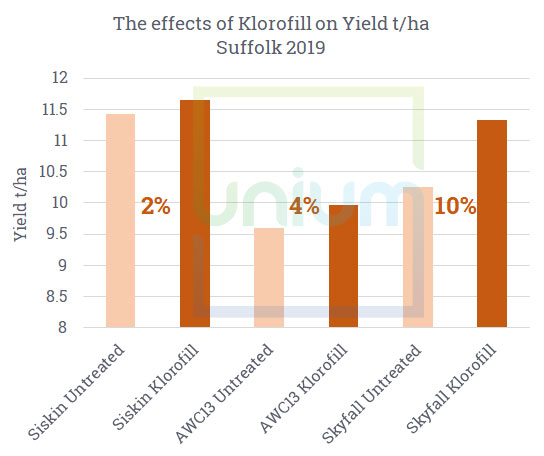 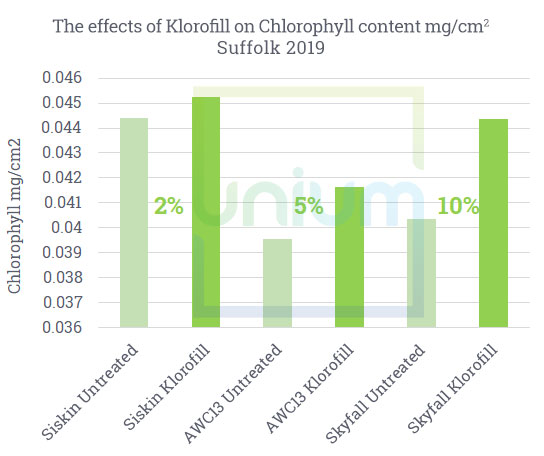 It’s not surprising that increasing chlorophyll will ultimately increase yield – build a bigger more efficient ‘factory’ and productivity goes up – but to take a look this closely is fascinating.

In every situation where we saw increased chlorophyll, there was also an increase in yield, even from seed treatments. 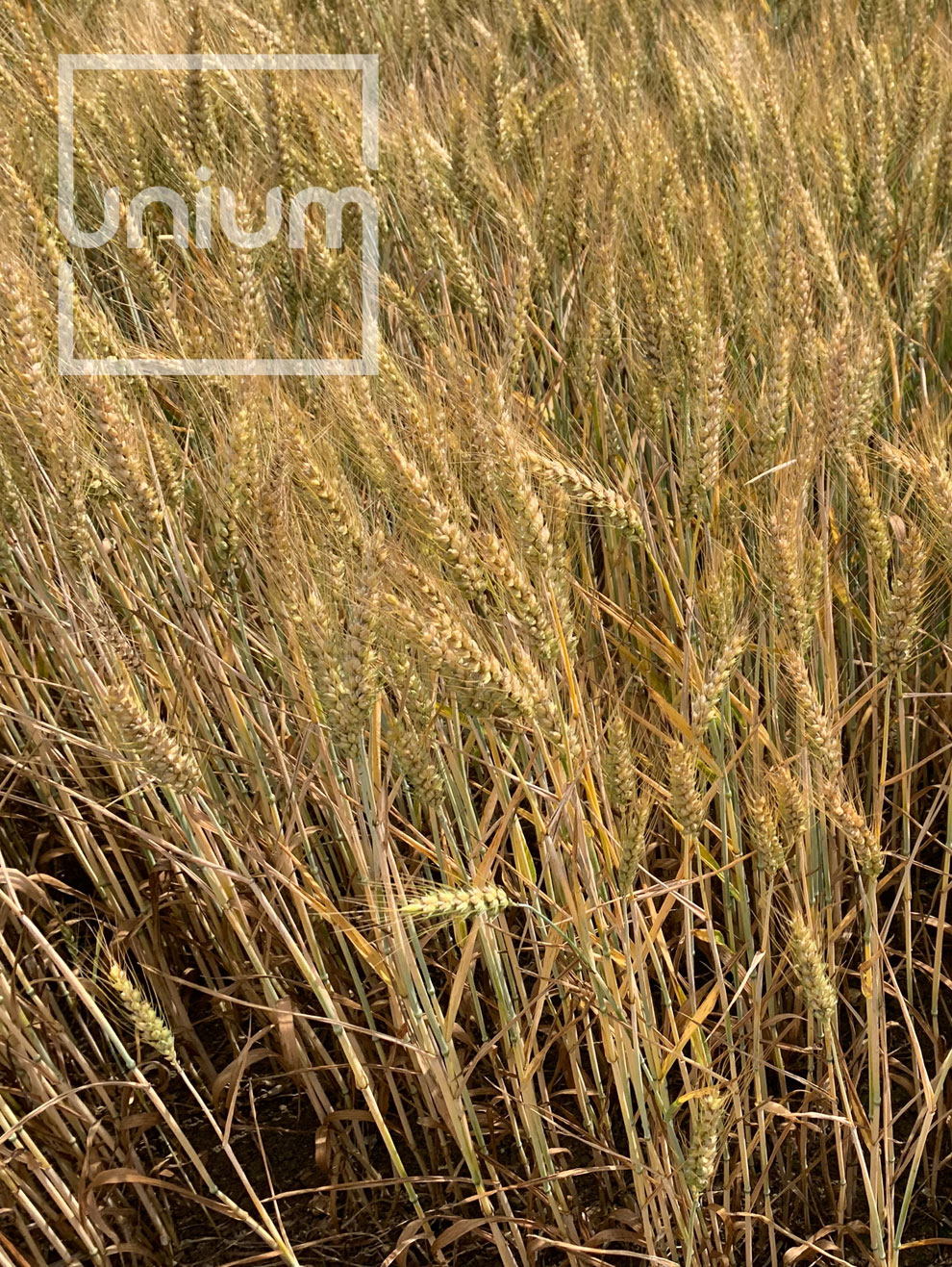 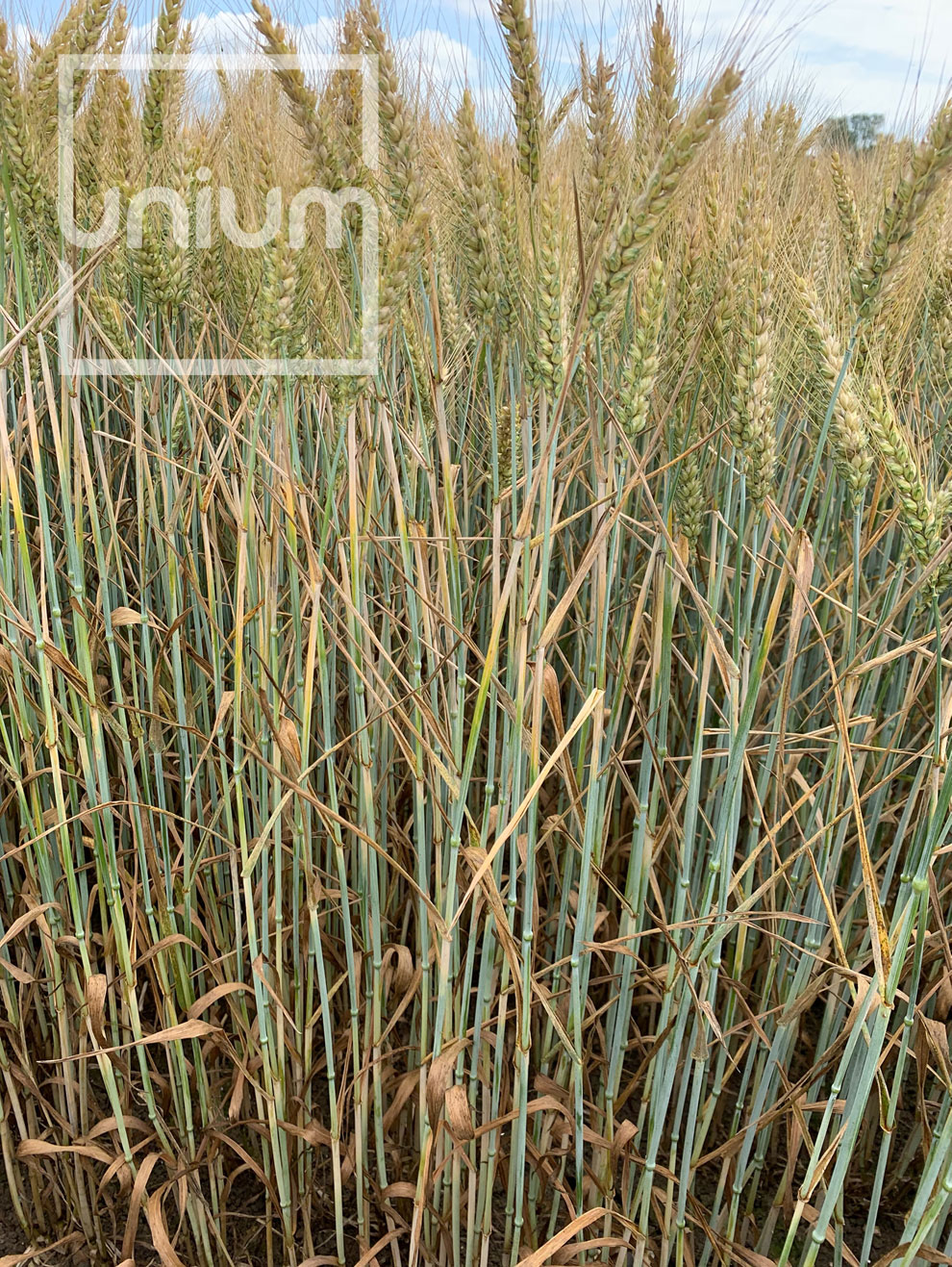 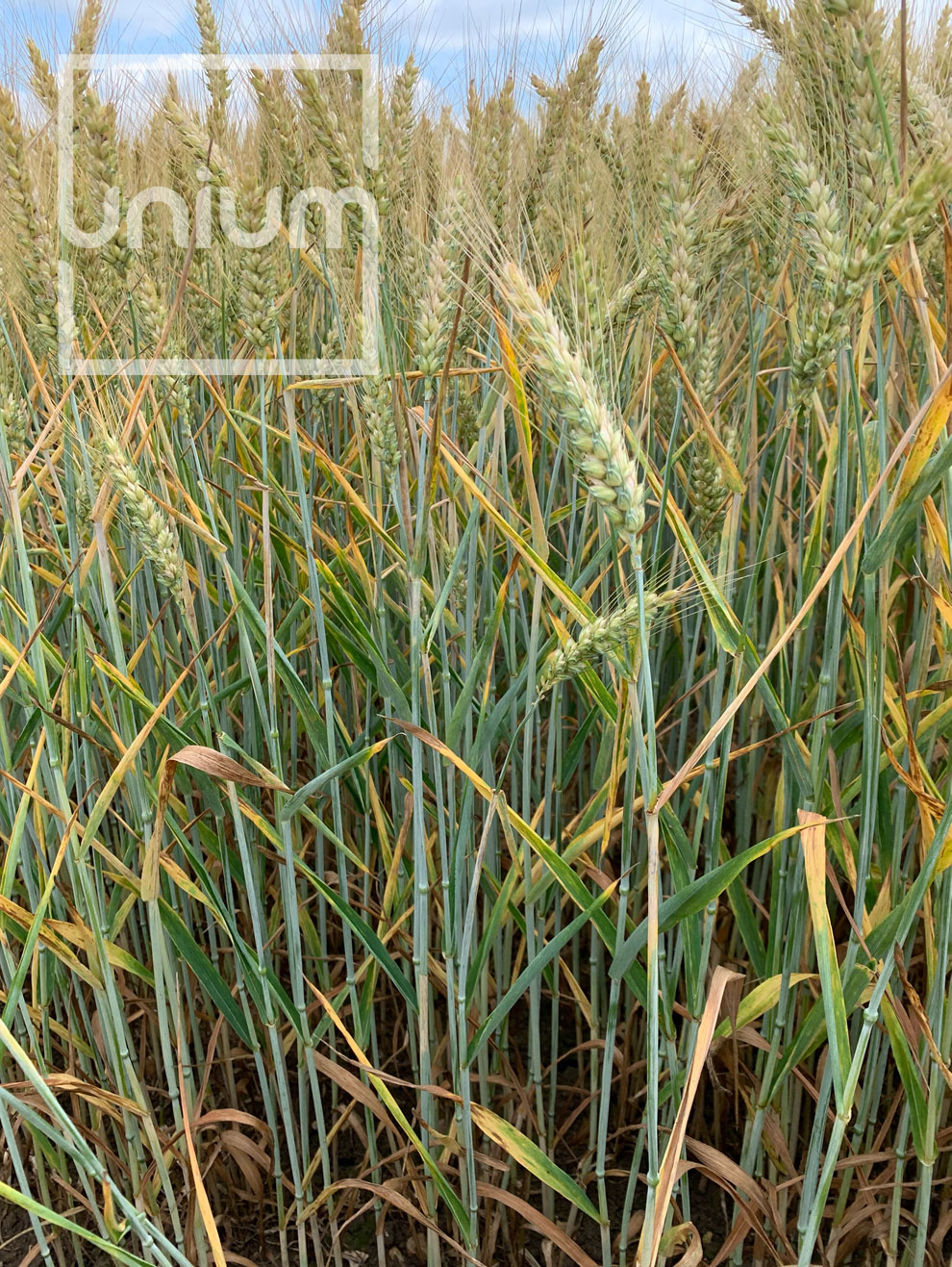 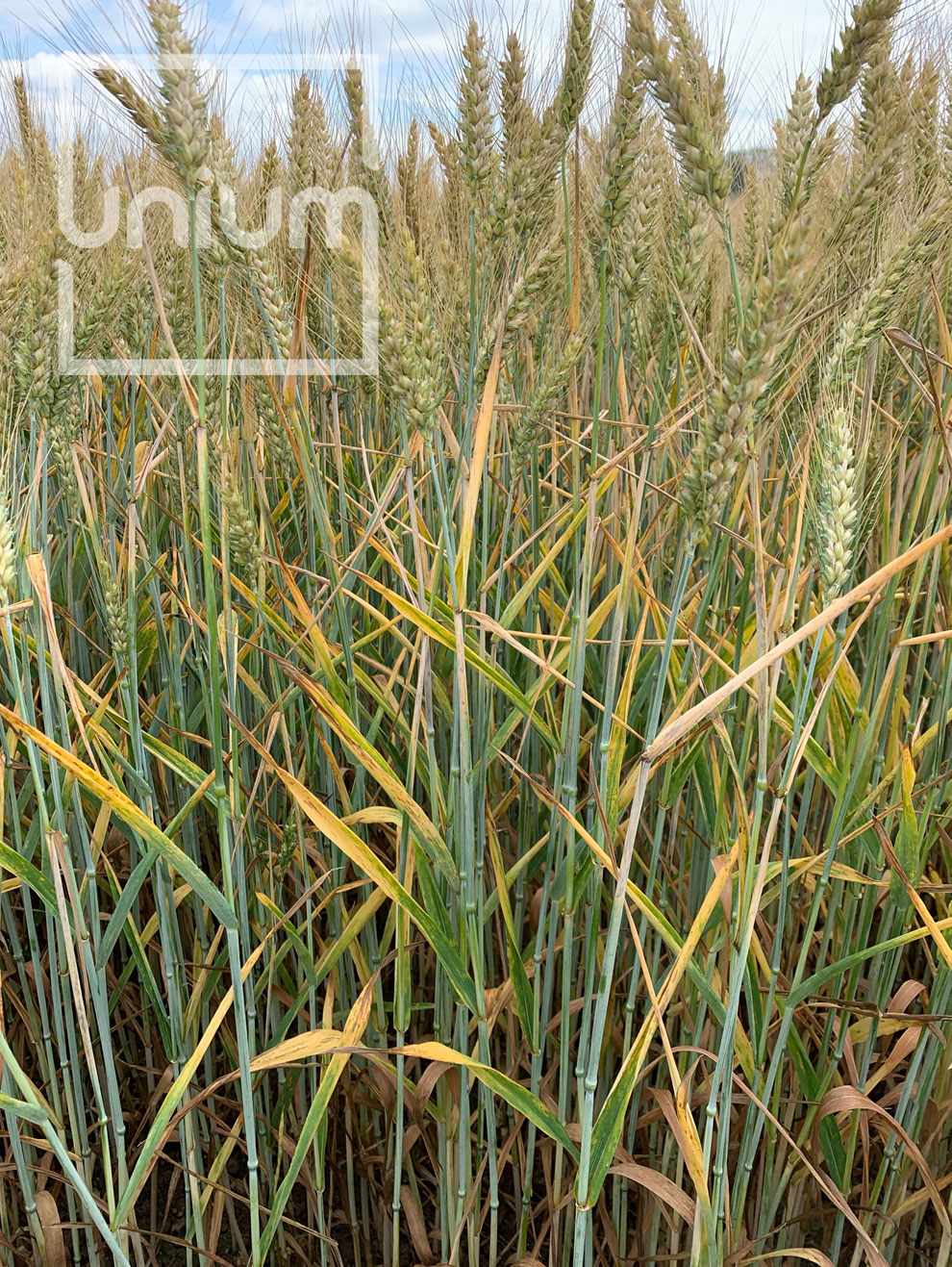 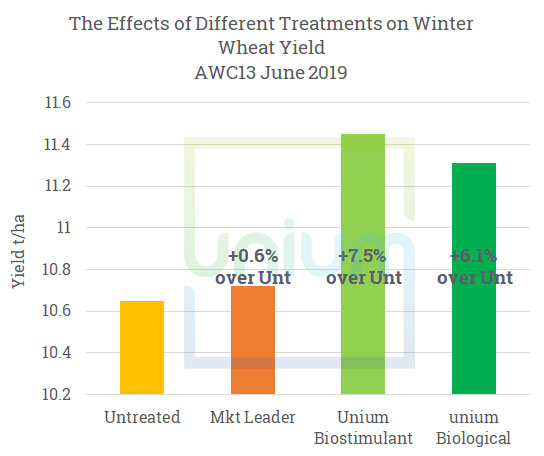 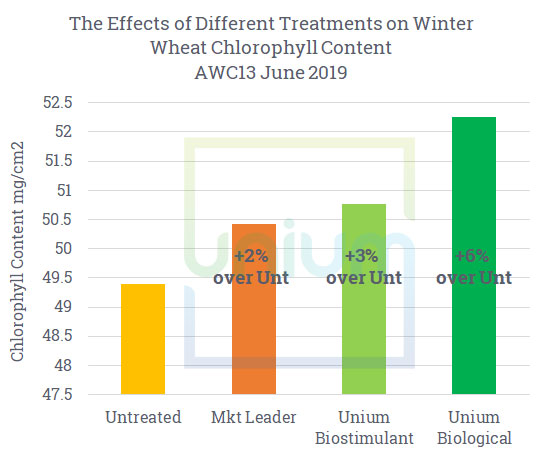 Other data points indicated that where chlorophyll was increased by over 20%, there was a corresponding yield increase of just 5%. So why might this be……?

Once you get to chlorophyll saturation (optimum) for the plant, then the yield will max out because something else has become yield-limiting – remember Leibigs “law of the minimum”.

As with all biostimulants, biologicals and nutrients, it is a complex interaction between many factors rather than being the more binary result found in conventional chemistry – eg insect is killed or not killed. We need to think further, beyond the immediate need we’re addressing and look for the other connections and identify what may be the next limiting step in the yield-building process.

Once we have addressed all these limiting steps cost-effectively then we have achieved the best commercial return for the crop. Scientifically we can investigate other limitations to further understand these links and then try and address them in an affordable way for the future.

In our two variety trial assessments last year, we obtained very different results without any firm conclusions as to why this was. One site in Suffolk and another in North Lincoln showed the large differences within varieties but not necessarily between them – KWS Zyatt and KWS Extase being prime examples at the opposite extremes in the trials. 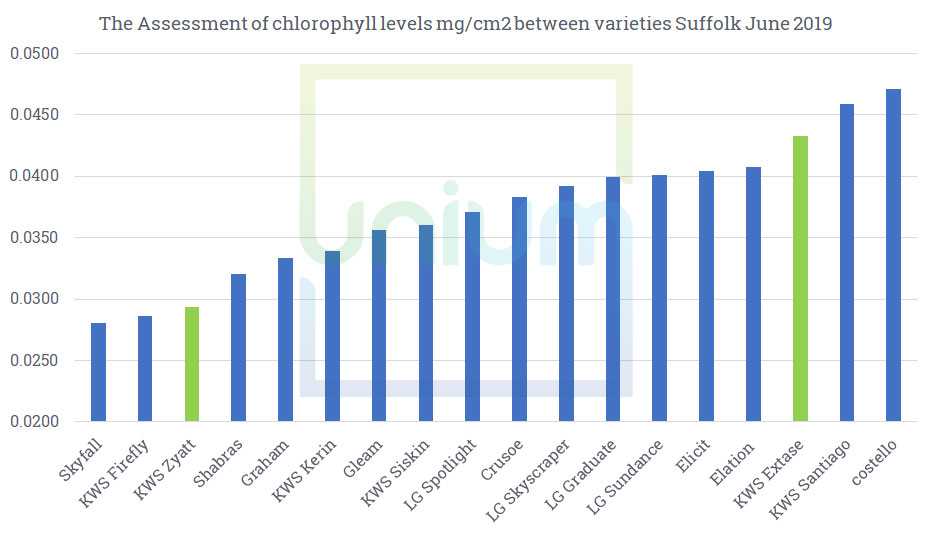 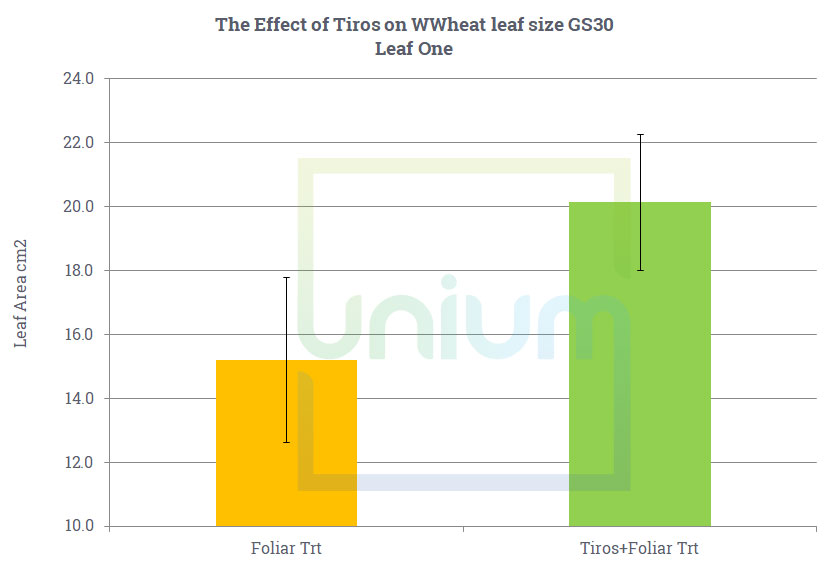 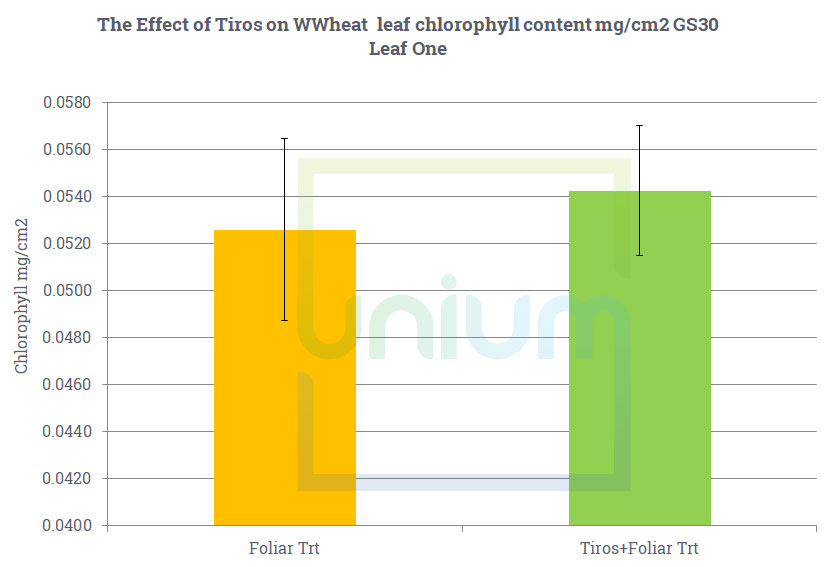 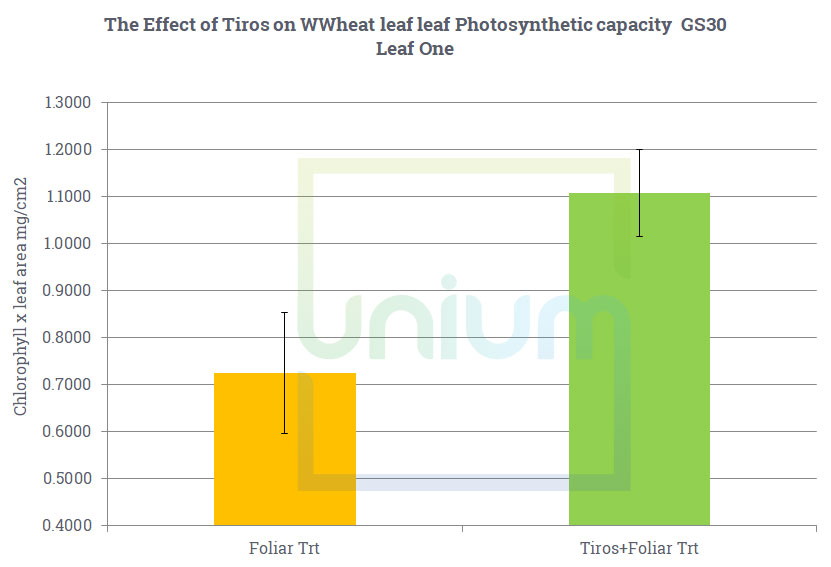 We continue to expand our database and improve our work in this area looking at more varietal data, more interaction, nutritional assimilation data and product timings…… measuring chlorophyll is relatively quick and easy, interpreting and then creating a predictive model to aid grower’s decision making may take a little longer.

This data set shows we have built a bigger ‘factory’, with greater photosynthetic capacity.  We will have to wait until harvest to see the results.