OSR Trials Round Up

OSR Trials Round Up

We are following closely two varieties on a min-till site. The varieties are from LSPB – Black Pearl and Respect. Both appear to be vigorous varieties which, for my money, Respect is edging it at the moment – it suffered a CSFB attack but has managed to establish a lot better than was first thought. 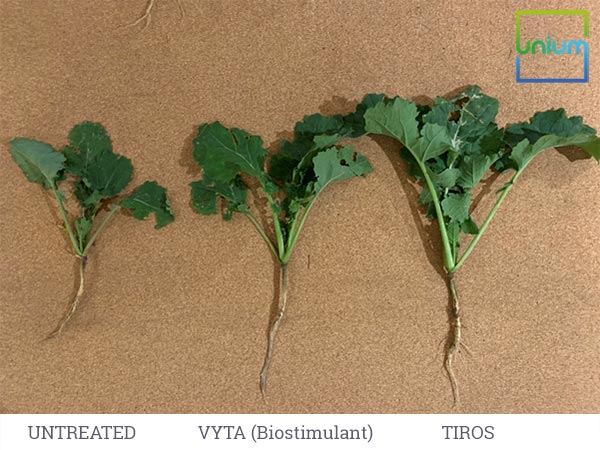 The differences are clear in terms of the plants biomass and in the pictures below through the BASF App for measuring GAI. 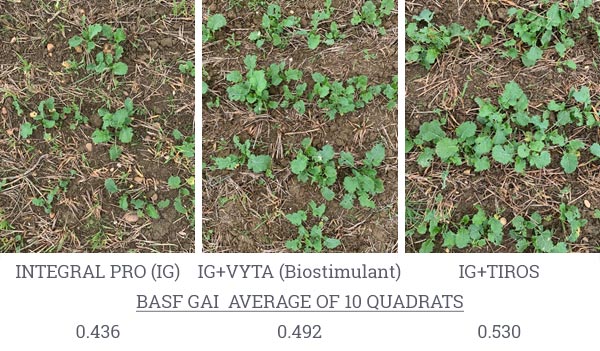 One of the interesting things to notice was the colour difference and its distribution within the plant. The recently emerged leaves are very similar to look at but the older leaves show on the untreated how the nitrogen has been relocated to the newer leaves. The improved root system and the biological fixation of N being able to offset this. 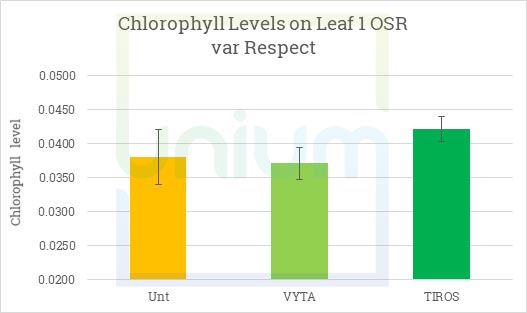 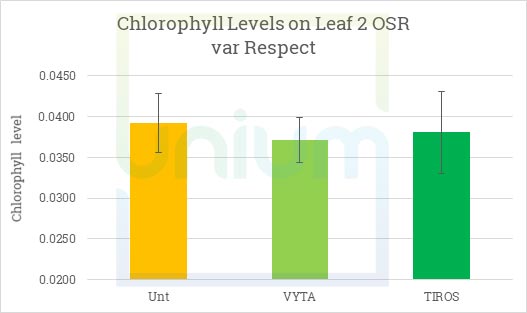 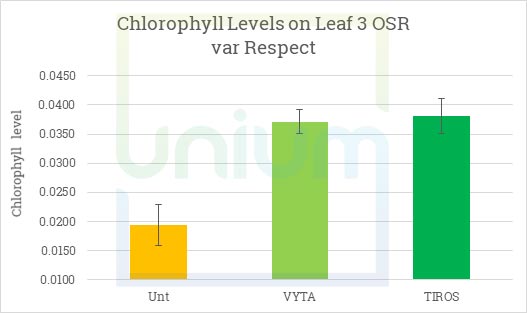 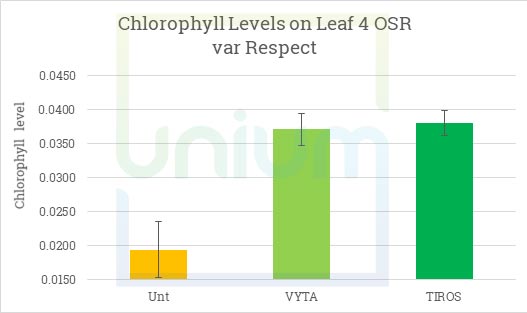 The Black Pearl will await its assessment next visit in a week or so.

Within the field along the treatment divisions you could see in places the difference between the untreated and the biological sequestration and solubilisation of phosphorus. 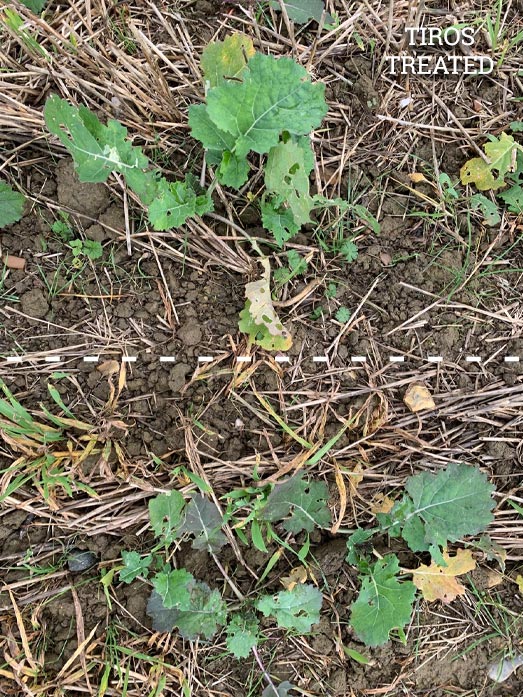 The other observation was from an early application of Calcium Phosphite (Acalsa / Calfite) at a low rate (0.25 l/ha) earlier (GS11-12) than the optimal timing of 4-6 leaf stage to try and boost the crop away from any CSFB risk. This approach has been used in the past to help the crop grow away from any seedling / early season disease attacks.

Not only can you see the boost it’s received but also again you can see the increased rooting and root activity (exudates) from the phosphite stimulation which has helped to mitigate the phosphorus limitations on the calcareous soils in N Lincs. 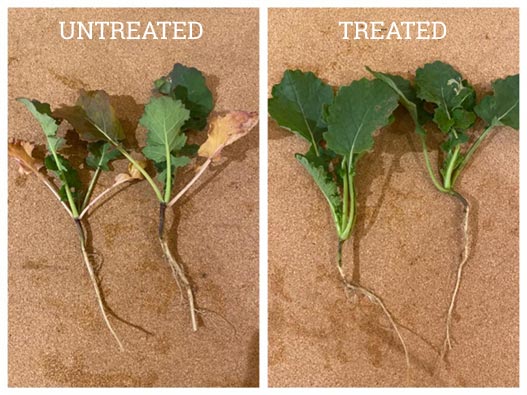 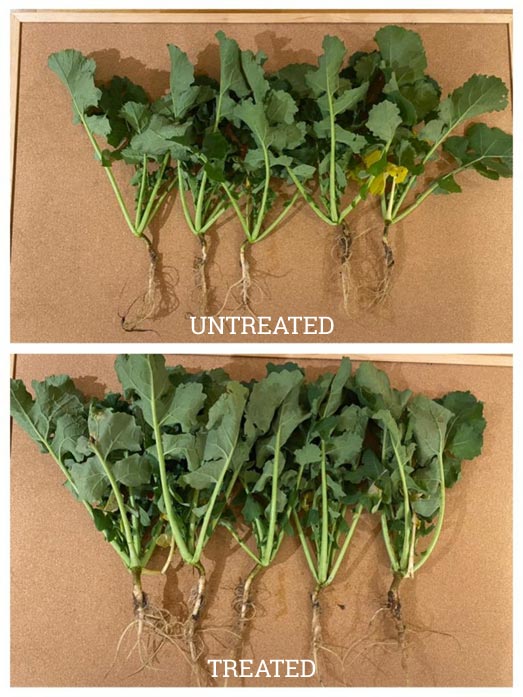 Data is coming in thick and fast and will prove really useful in creating a data backed decision support system, comparing timings, products and sequences which will bring more clarity.

Our main wheat trials are only just in so hopefully there will be something to see next time.